Chile: Update on the “bombs case” political trial, April 16 to 27 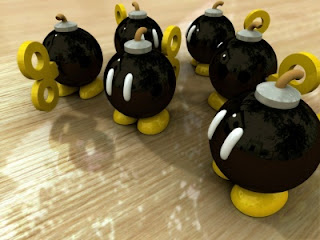 from liberaciontotal, transl waronsociety:
These were the final weeks of the prosecution’s evidence in the first oral trial under the anti-terrorist law against the anarchist and anti-authoritarian specter, one of the longest of the criminal procedure reform.

It is again made clear how the police, especially the carabineros, in their continual reports “change” their signatures. After innumerable similar episodes during the trial, no witness or expert could recognize or know whose signature it was that was impersonated. Finally, on the last day of the prosecution’s evidence, a witness acknowledged that he had signed some reports of other police officers.
Chain of custody lost

All the evidence has a document called “chain of custody” that is a part where the police write the site where it was taken from and who else had examined it, the only record of hands passing the evidence in question. 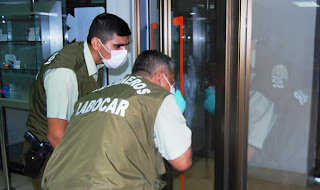 The prosecution introduces a piece of evidence to the tribunal, and in their complete disorder they take out the chain of custody and lose it. After not finding this document (the chain of custody), the prosecution tries to blame the functionary in charge of the tribunal, after the bickering in which they indicated that it was the prosecution itself that took the chain of custody, the judges decided to suspend the hearing until the document finally appeared. After a couple of days the prosecutors arrived as if nothing had happened, and without denying the accusations that they themselves had made in order to absolve themselves of responsibility, they brought the chain of custody that they acknowledged having found in their own offices.
The expert analyst of insurrectional anarchism
A police officer goes to testify, a self-proclaimed expert on the subject of anarchism, who even pointed out to the rest of the investigative team of DIPOLCAR what he believed anarchists of insurrectional tendency were like. A brief historical and political overview of anarchism in general from the particular view of the police is what his statement consists of, which shows once again the only thing that’s been made clear in these 5 months of trial: the intention to punish those who question the prevailing order. 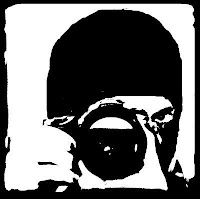 Hommodolars and communiques from the accused while in prison
A police officer makes an extensive investigation, something along the lines of copying and pasting of the counter-information page hommodolars.org in which he tries to make a map of the site and its functioning.
The administators of the site, apparently, have read the investigation giving their particular view of being objects of study: here (in Spanish).
The expert pointed out that the counter-information is monothematic, since they always speak of the same subjects: social movements, prisons, social struggles, critique of the state, etc… It would be interesting to hear from some expert on some TV channel or official daily paper.
The police thesis is simple and somewhat awkward: The claims of responsibility for the explosive attacks are sent to this page, and texts of solidarity or communiques from the then-prisoners of the bombs case were also submitted to this page. For this reason they were all linked with everything and the delirious thesis arms itself in the police’s minds of a gigantic network with thousands of connections between itself and similar fantasies to the new “conspiracy theories,” detection of earthquakes or extraterrestrial technology.
With the expert’s excuse, the website makes mention of the texts from the comrades being in prison and pointing to the link solidaridadporlxspresxs.blogspot.com as part of the tie. As one can see little or nothing has to do with the attacks or accused acts, but rather with a particular form of what the accused “think” or “write.”
Telephone taps and surveillance of lawyers
During the course of the investigation the police carried out more than 60,000 telephone taps one hundreds of telephones and persons under the “Bombs Case.” (You can find the law that authorizes the telephone taps here in Spanish). Out of all those taps and the irrefutable and scientific evidence, the prosecution only presented one as evidence, which was nothing more than a call from Candelaria’s brother when her then-partner hit her and he was looking for the author of the aggression. Apparently the only thing that could be proven will those thousands of hours was another crime that had nothing to do with the placement of explosive devices. 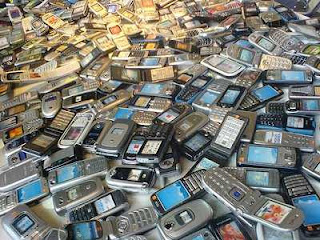 During the chapter about telephone taps, it was one of the captains of DIPOLCAR who they showed a diagram and graphic with supposed links and connections of telephones and taps in which it was revealed that they tapped the telephone of Julio Cortez, a lawyer of the case. The links are related to the lawyer having made calls to a telephone which then called another and that one another and this in turn another which finally had made telephone contact with the Mapuche comunero Waikilaf Cadin. The diagram is fanciful and shows them as almost a direct contact, pointing out ominously “they communicate through third parties.” The connections or prefabricated links were so perverse that the lawyer even asked about the identity and relevancy for the investigation of one of the owners of some telephones marked as “third parties” in the “communication” with Waikilaf, since although it appears related he simply does not know him. The police captain ignored this saying that he doesn’t remember anything.
After more than 5 years of investigation… the prosecution’s evidence in the Bombs Case is done.
A 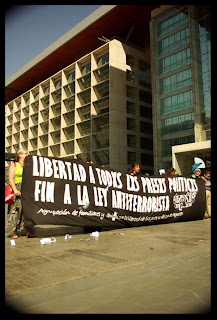 fter 5 months of trial, almost 2 years of court hearings and 5 years of investigation, the prosecution finishes showing all their evidence, their witnesses and experts who seek to condemn the accused under the anti-terrorist law.
During the first week of May, the defense will present their witnesses and experts, in order that finally each party (prosecution, complainant, and defense) makes their closing arguments and then the court will dictate the verdict.