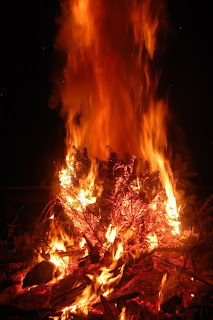 Saturday night 15/1 and Sunday 16/1 we torched:
- bank of Proton Bank in Vironas area
- Local organization of PASOK (ruling party) in Moshato,
- Two vehicles of a security company in Gizi,
- Personal motorbike of a cop who lives in Exarchia (Asimaki Fotila street).

We dedicate these actions to our imprisoned comrades accused in the case of the "Conspiracy of Cells of Fire" and tried as of today in the political court marshal in Koridallos prison. Three of those have taken the political responsibility for the organization, while the others deny their participation, but keep intact their rebelliousness and dignity. We pledge that we will not leave any imprisoned revolutionary alone. These violent acts of resistance are not only fair, but also the duty of every person who puts themselves against a world where exploitation and injustice reign and money is in charge. The individual agreements and disagreements are to be discussed; what is non-negotiable is: solidarity between individuals and groups who are fighting for freedom in every way and with any means.

Also, towards the new treaty that criminalizes social, political and personal relationships (like in the case of the notorious "safehouse" of Halandri, but recently the case of the four comrades wanted for arson in Thessaloniki), we respond with even more rage and anger, more litres of petrol and butane bottles. Of course, we do not forget the famously disgusting minions of the system, the journalists, who for a salary and a career, mock and step on the freedom and the dignity of our comrades, repeating the lies of the police and presenting various scenarios of their imagination; to try, condemn and destroy lives and reputations, before “civil justice” does it officially. They should know that on this side of the war, memory and honour is in excess, and sooner or later they will pay for the dirty role they have chosen in life.

Finally, we want to say that we chose to act on this theoretically "tough" weekend before the beginning of the trial, when the police have unleashed their obvious and also hidden running dogs, in fear of a new armed attack, to break in this way the terror and fear that the State attempts to impose on society and on people who are fighting. As long as the State is unable to mend the holes of a system that’s collapsing, the noose will tighten and the measures will intensify. We must stand strong and act with all our power, until the Revolution and Liberation, social and individual.

Solidarity to all imprisoned anarchists and revolutionaries.
Struggle by any means - Revolution First and Always.

note: the "safe house" in Halandri area in Athens was the name given by the media and cops to the house of Haris Hadjimihelakis where they allegedely found homemade bombs and fingerprints which led to most of the arrests in the case.
Pubblicato da ma alle 04:36